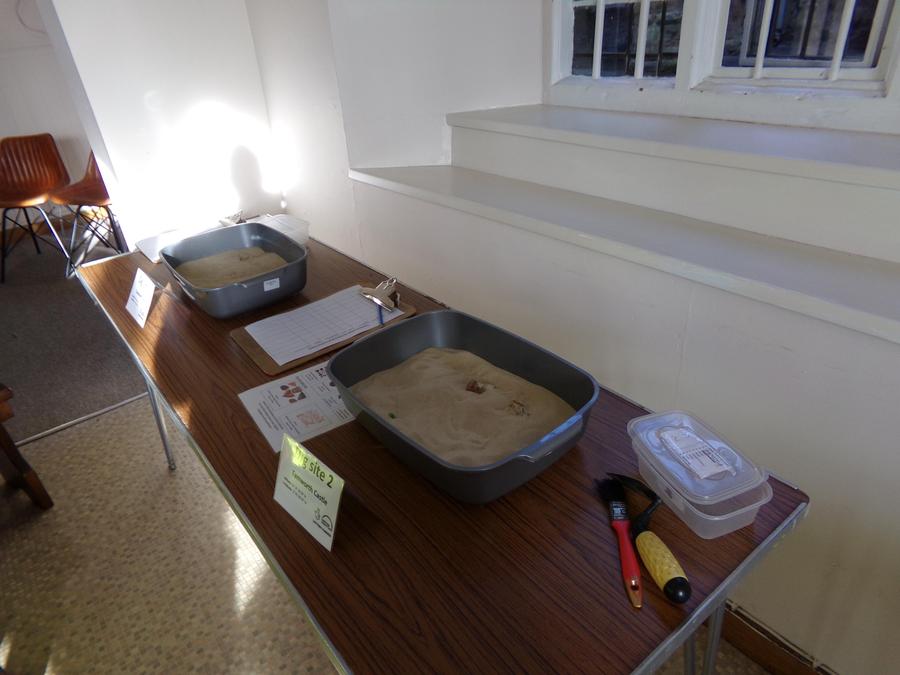 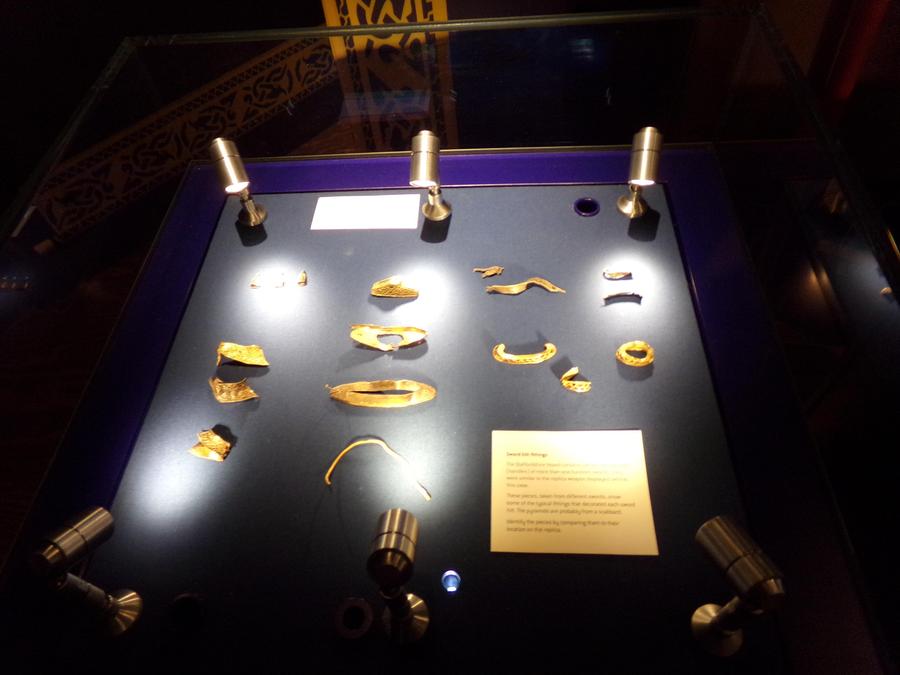 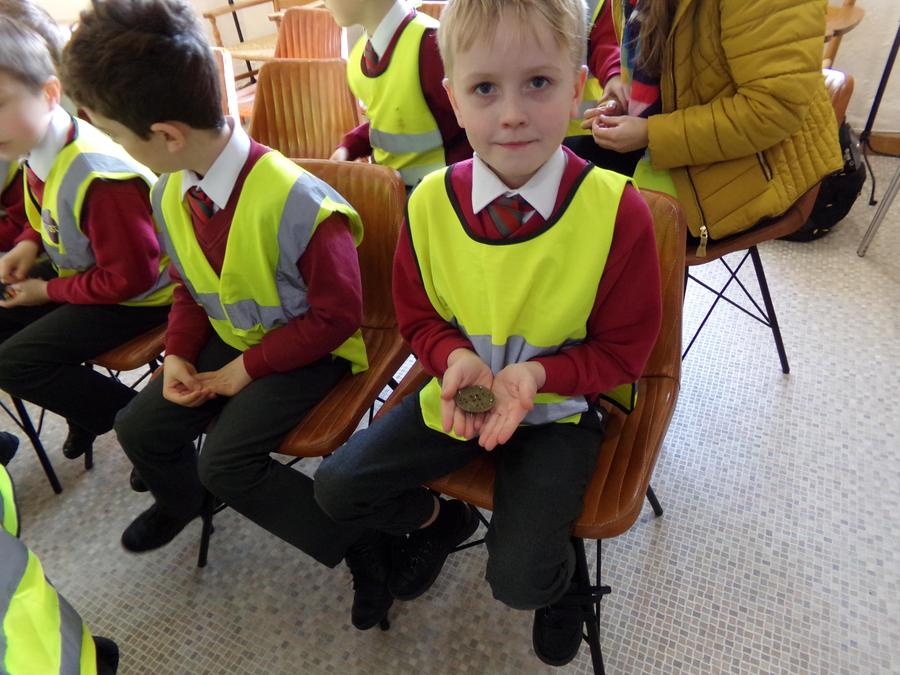 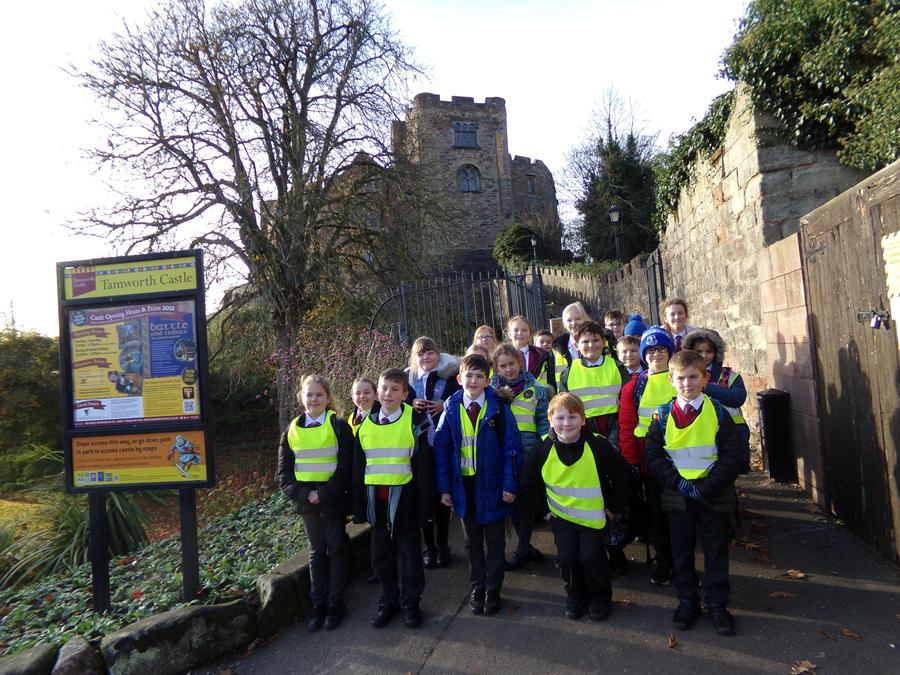 Year 4 visited Tamworth Castle to learn more about the Anglo Saxons. They played the parts of archaeologists digging for clues in the past, had a Saxon battle and got to see some of the Staffordshire Hoard on display. 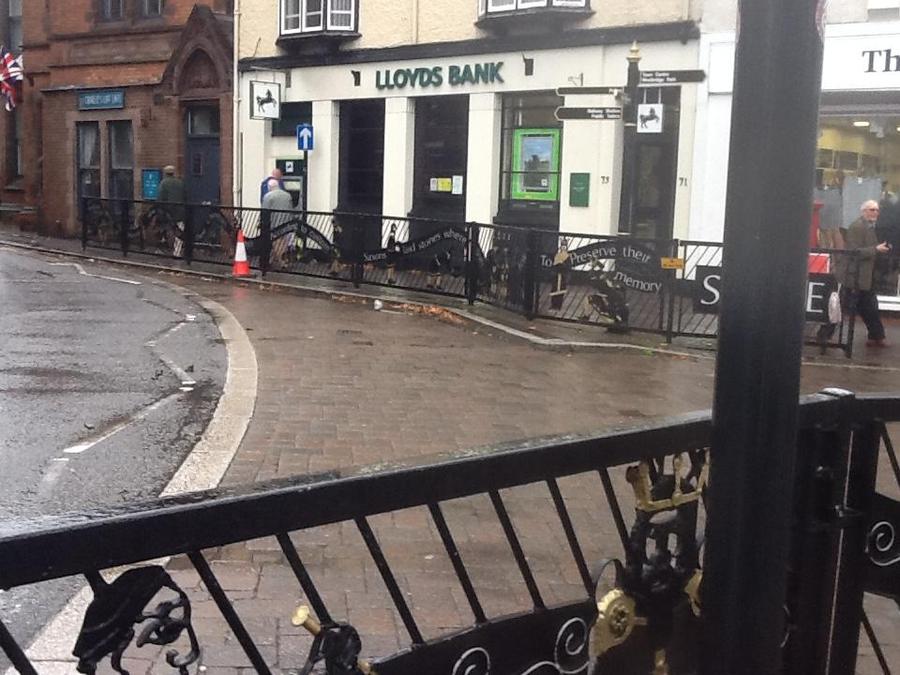 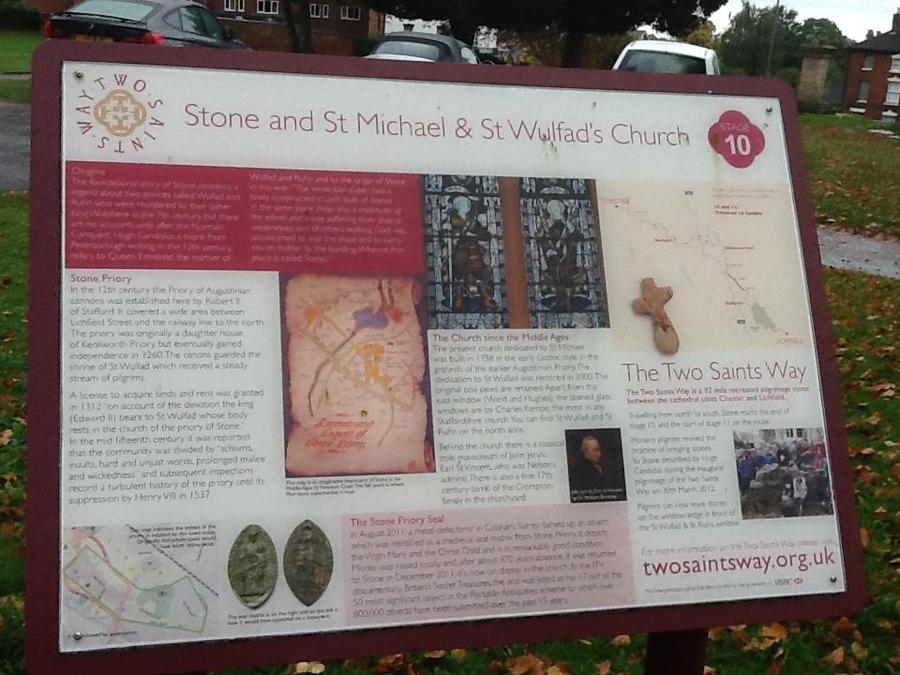 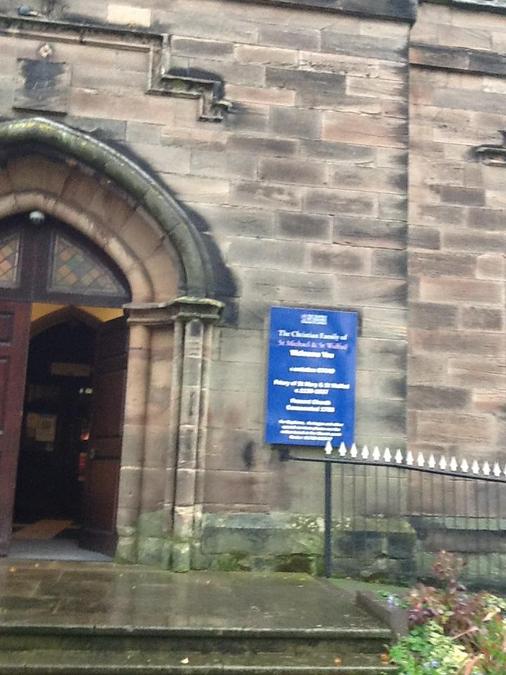 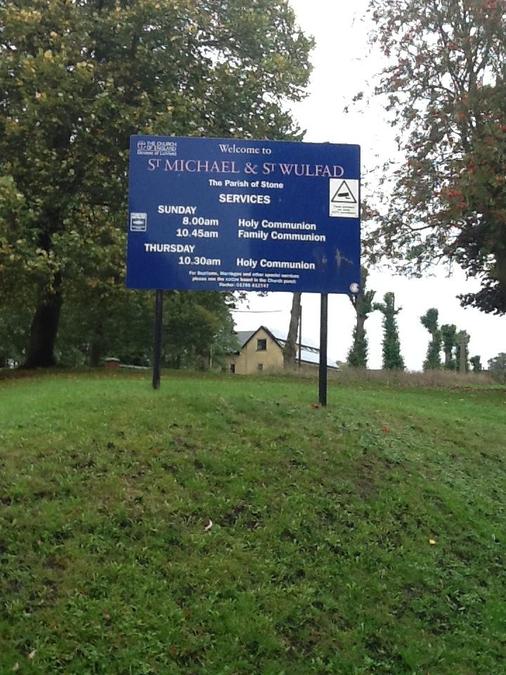 We went on a trip along the high street to find out if there were any Anglo-Saxon's in Stone.

We can see the story of how Stone got it's name on the railings at the top of town. We then met with a local historian, Mr Leason, who told us all about St Wulfad and St Rufin (Anglo Saxon Princes) who lived in this area hundreds of years ago.